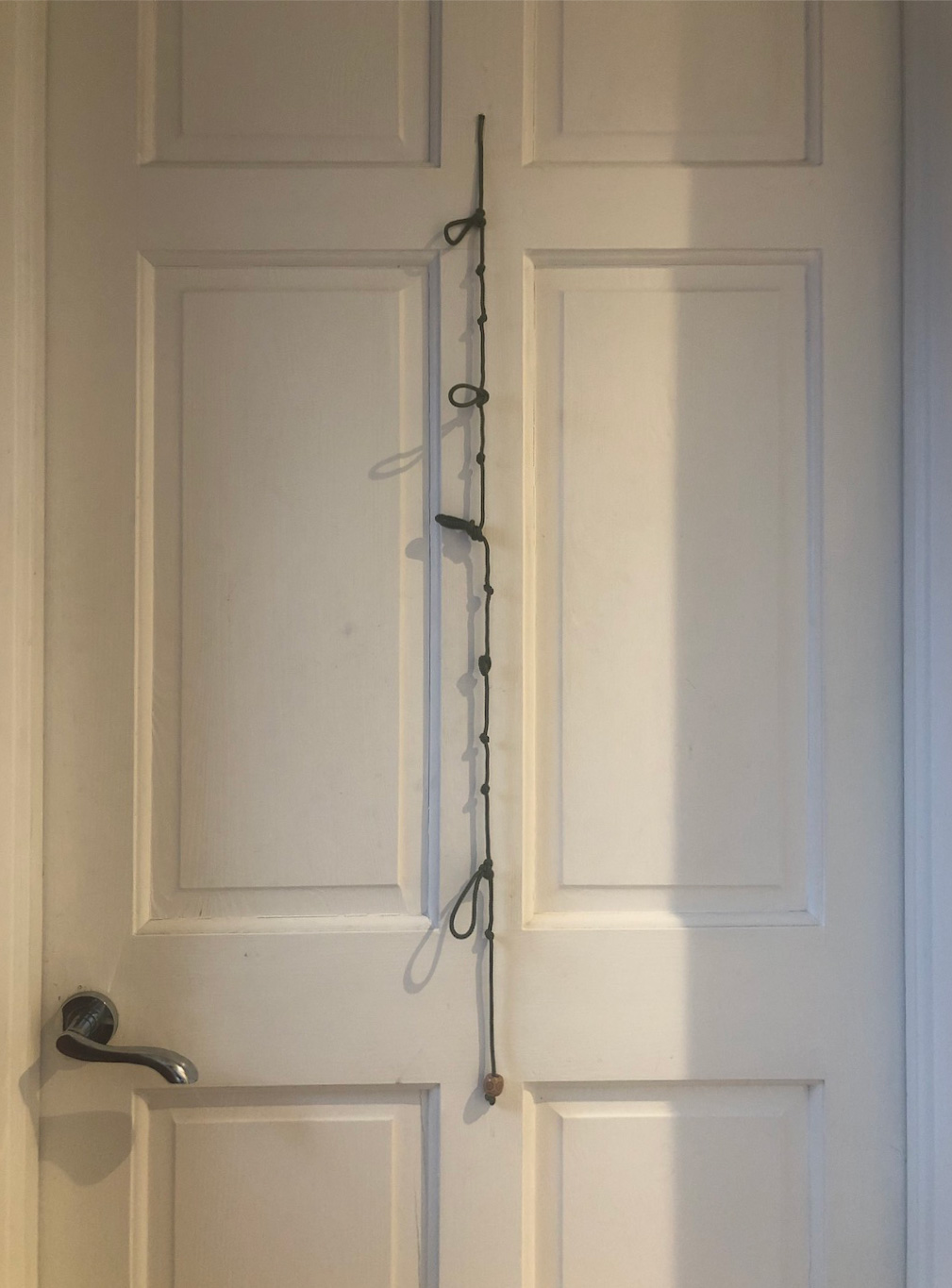 The other day I watched “See” on Apple TV+. The premise of the show is that after some apocalyptic event, humanity has lost its sense of sight and all humans are born blind. I quite enjoyed watching it but I can’t say I care much whether it gets extended for another season.

Anyway, one thing they do in the show is tie knots in strings and ropes to communicate. People trace the strings with their fingers, reading them like books. The system is never explained in much detail but people in the show are able to send messages that way. I thought this was a very cool idea and started thinking about how to design a system like that.

Initially, I considered a knot-based morse code with either two types of knots or the presence/absence of one type of knot to represent dots and dashes. Since that would mean up to five knots per letter, however, and I wanted to keep the number of knots as low as possible, I decided to come up with my own encodings of the Latin alphabet. To keep things simple, I used a fixed number of knots per letter.

Given these constraints, I had to decide how many different types of knots my system would be based on. Since there are 26 letters in the English alphabet, the only numbers that make sense are 2, 3 and 6. Two types of knots require five knots per letter, three types require three knots and six types require two.

My last major contact with the world of knots was as a young boy on vacation with my parents at the North Sea coast, learning about knots used on fishing ships. Since I don’t remember much about those knots, I hit google to see what was on offer. Turns out that (like for everything in this world) there is a community of knotters online.

To be suitable for this projects, the knots had to fulfil the following requirements: 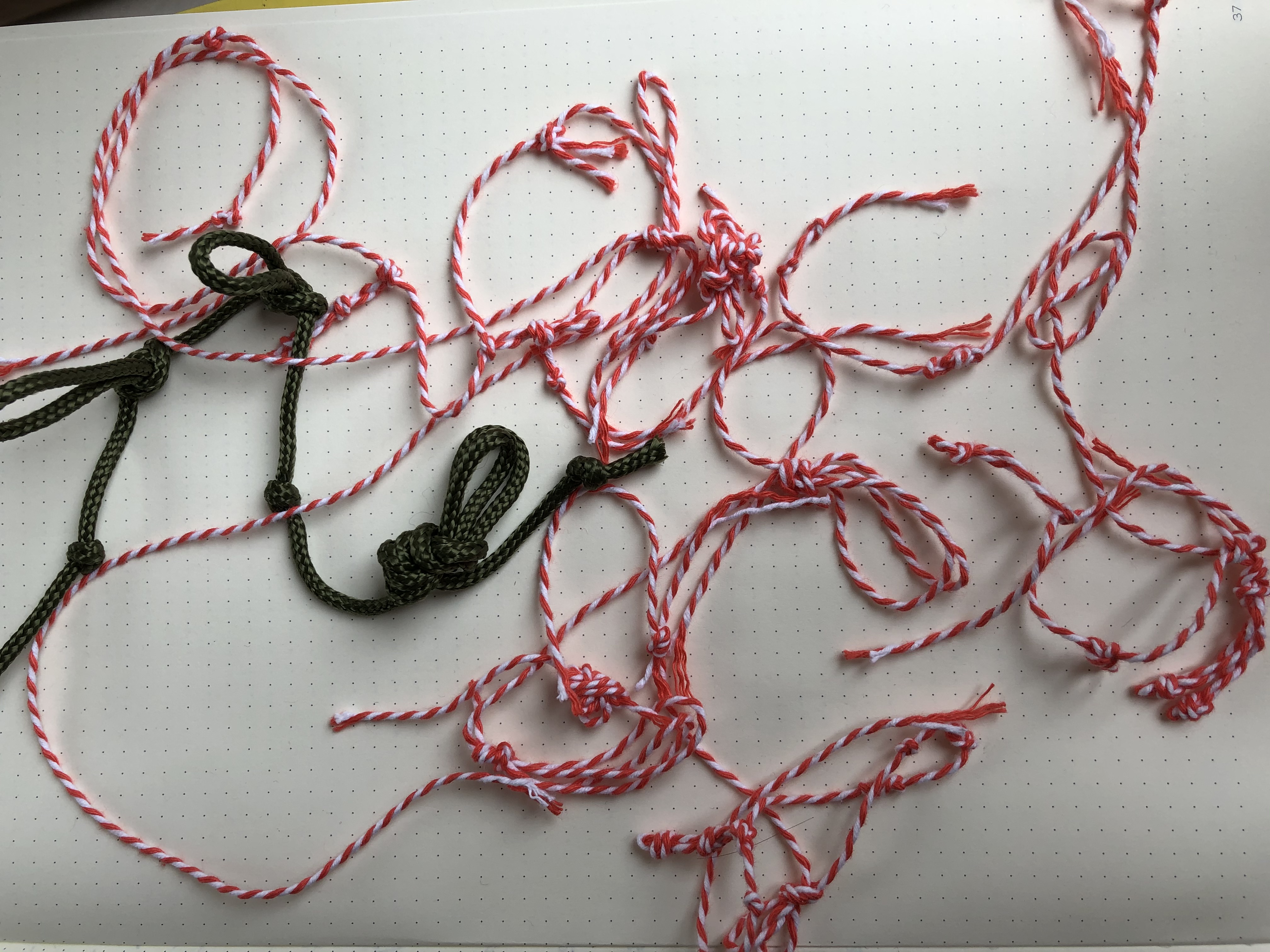 Testing different knots. Turns out twisted twine is not ideal for tying knots.

After an evening of playing around with different knots, these are the ones I ended up choosing:

Six knots with two knots per character give us 6^2 = 36 possible combinations which is exactly what we need for 26 letters and 10 digits (no spaces or lowercase letters exist in this encoding). One optimisation I made in mapping these combinations to the different letters and digits was to assign each knot a difficulty value (turns out I was pretty off in my guesses of how difficult each knot would be to tie). Each possible combination of two knots then had a combined difficulty equal to the sum of the difficulties of each constituent knot. I assigned the letters in order of frequency such that the most frequent letters would be easiest to tie, the remaining ten combinations I assigned to the ten digits at random. This is the mapping I ended up with: 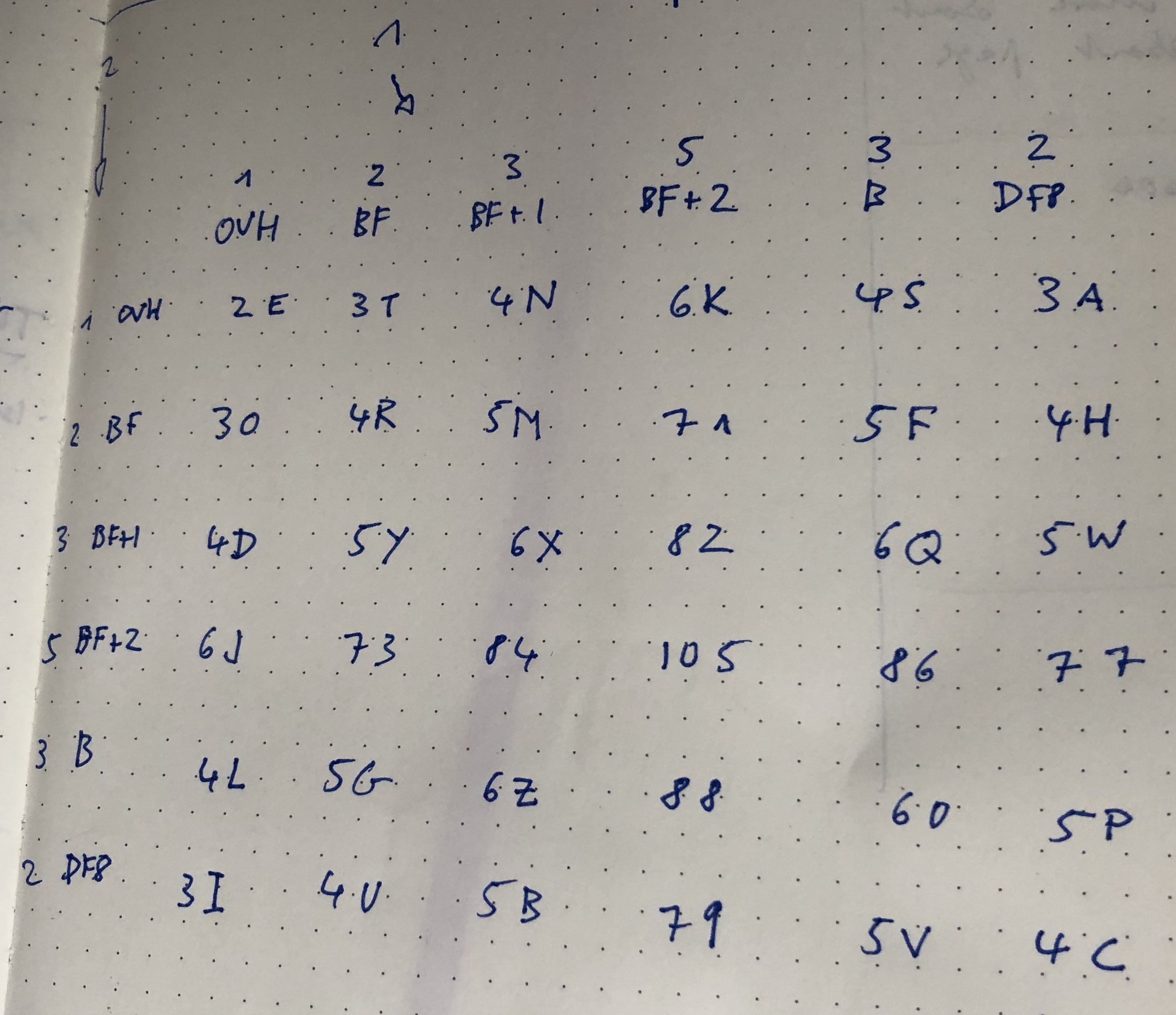 Reading about knots online, I discovered that paracord is the medium of choice for people who pursue this hobby. I got some and it is a much more pleasurable experience to tie with compared to the cheap twine I was using before. Another purchase I made was what seems to be the authoritative source on knots: The Ashley Book of Knots. I have only skimmed the book so far but if I ever make a version two of the speaking knots, I’m certain it will be a repository of possible knots to integrate into any future encoding.

After tying a few one letter strings, I eventually tied this seven meter beast: 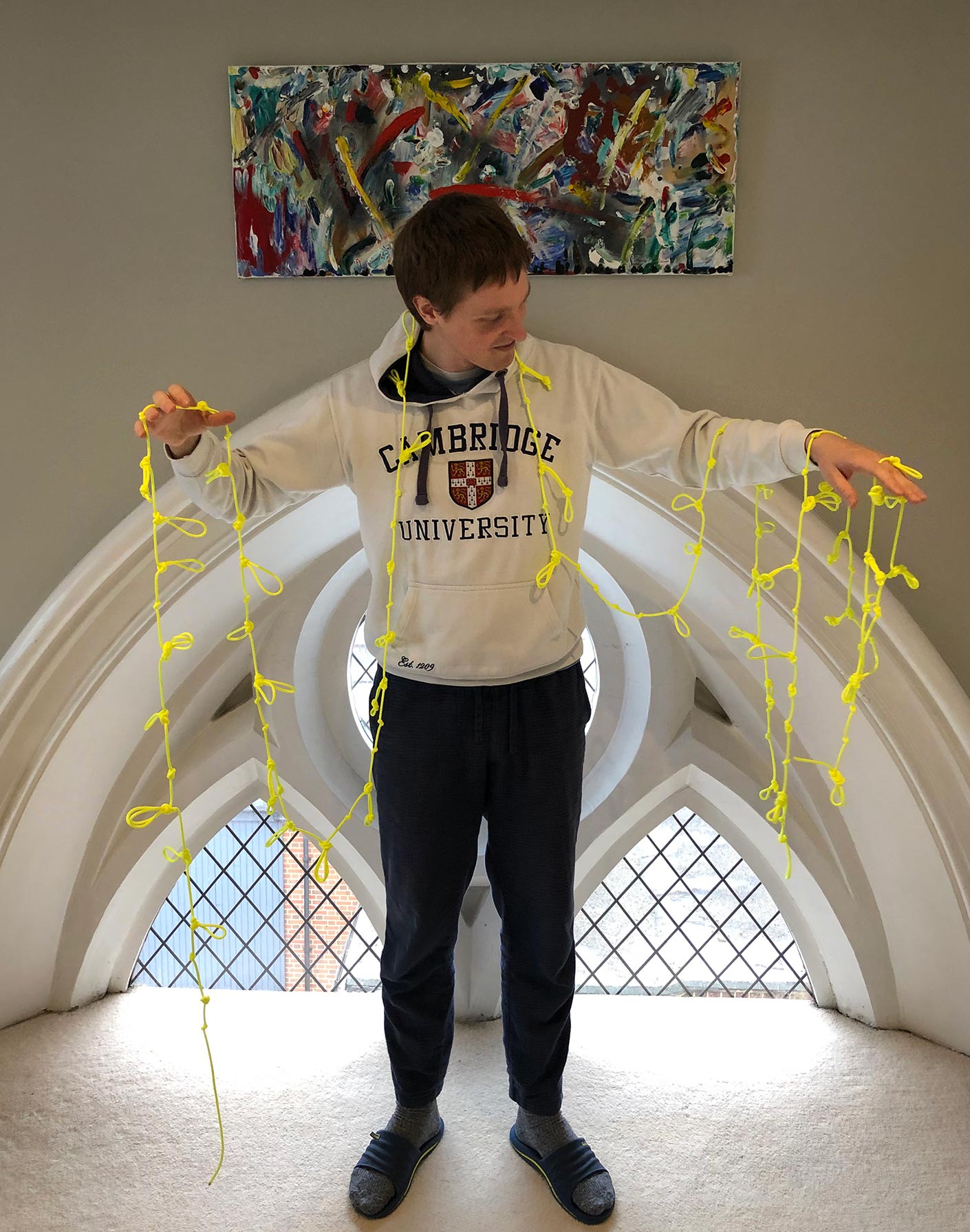 After trying out the system, here are some things I learned about the different knots:

I might decide to spend more time on this project in the future but for now, I’m happy with how much fun I’ve already had with it. If I do, these are some ideas for possibly improvements and additions: