My friend Alan was kind enough to take me on another hike with him this Saturday. I’m not a big hiker normally but it’s one of the main outdoor activities here in Taipei and a nice way to combine a chat with some exercise.

The destination this time was Huangdi Dian (皇帝殿) or “Emperor’s Palace”, located to the Southeast of the city. To get there, take bus line 666 from Muzha. Apparently, finding the right bus is a bit of a pain because this line goes to several different destinations and you have to get on the right 666 or you’ll end up somewhere else. I have a 30-day ticket for bus and subway in Taipei and didn’t have to pay extra since it’s quite close to the city still. 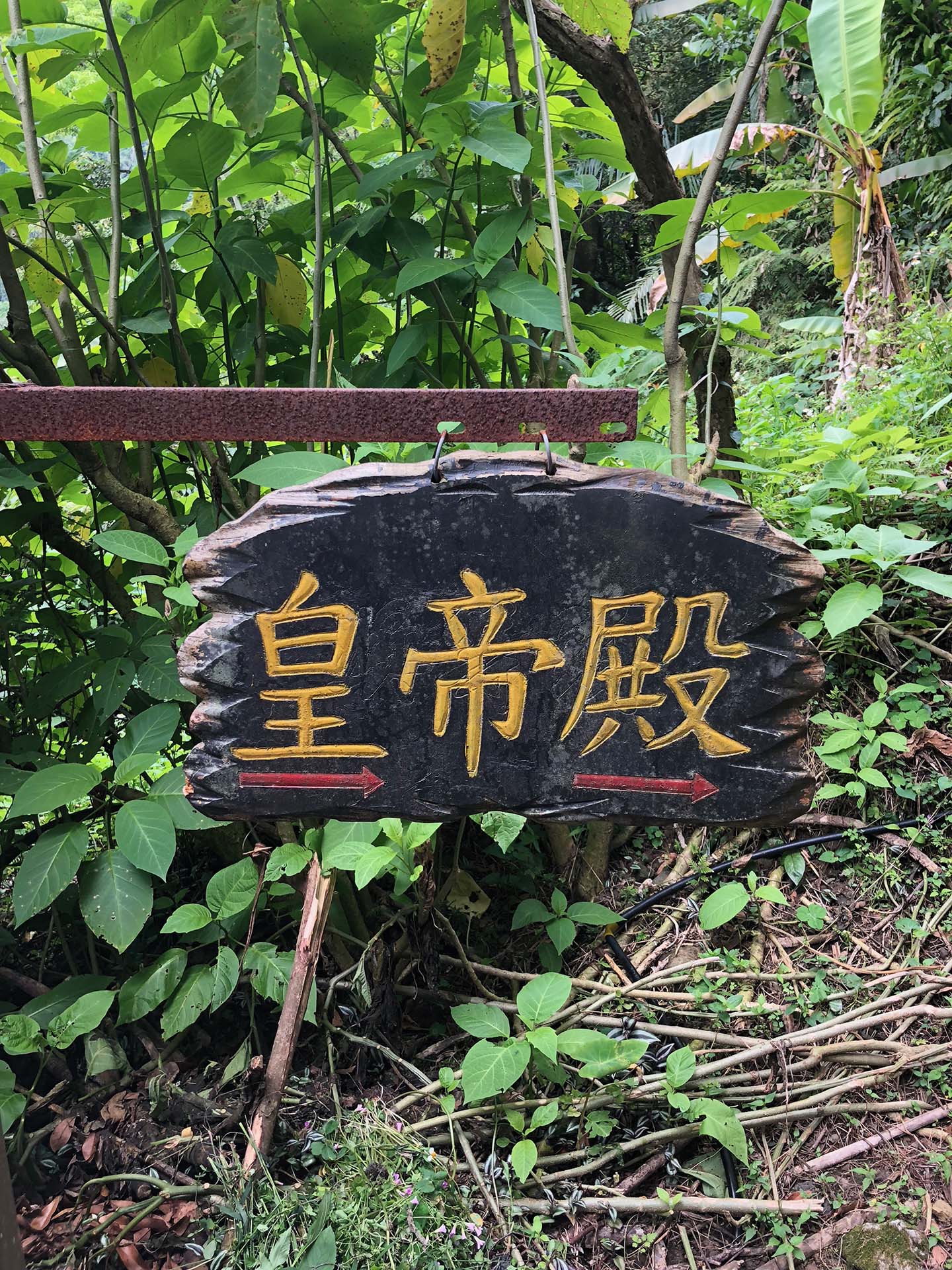 The bus drops you off at the entrance to the trail. There’s a public bathroom but not much else to do except start hiking. I did take a picture of this caterpillar from hell crawling around on a water tank. When we came back it had began spinning its cocoon to turn into one of those beautiful butterflies you see everywhere in Taiwan. Or maybe just another moth… 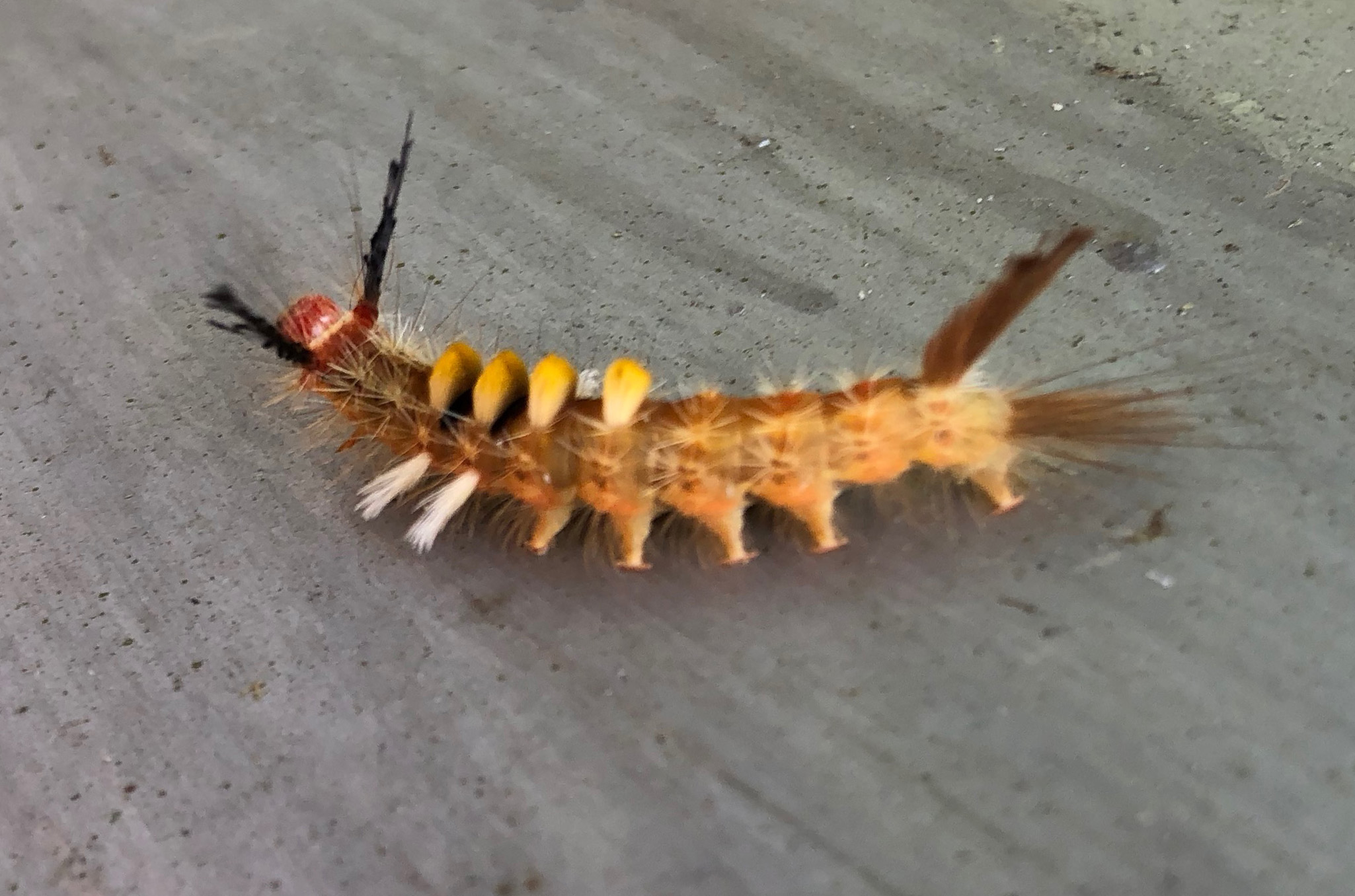 The way from there to the proper start of the hike is paved but fairly steep. I was already drenched in sweat by the time we arrived. Alan was fine though, so I guess I’m just not in shape. 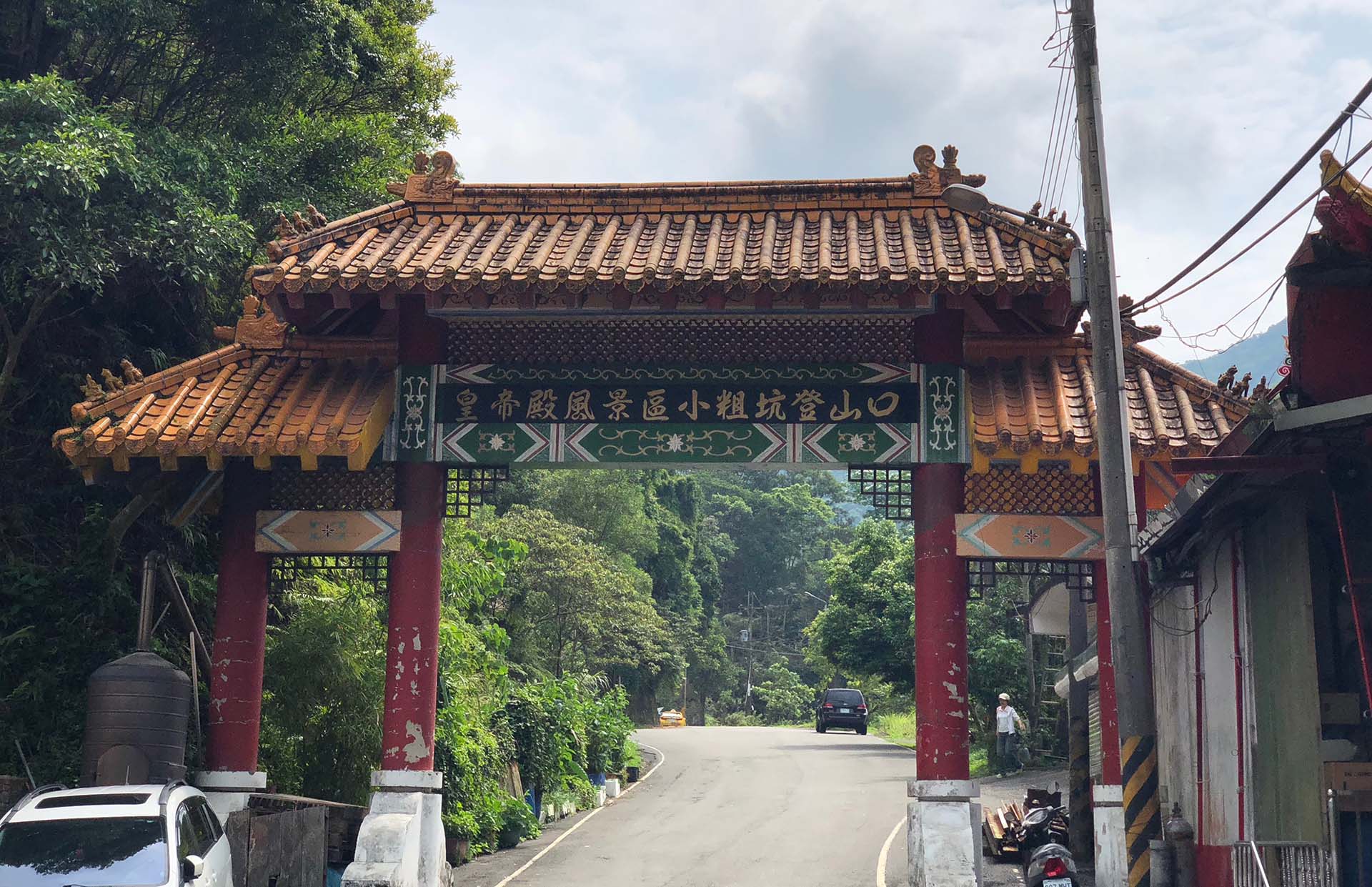 The second stage of the hike is the least fun: climbing stairs that turn into slippery rocks and finally, nature. It had rained on the Tuesday before the Saturday that we went on this hike and many of the stones and rocks were still a little damp so I guess it’s best to climb this mountain when the weather has been dry for a week.

On your way up, there are a few places where you can stock up on supplies in case you forgot to bring water or snacks. I asked one of the vendors about the name of the place and he told me it comes from a guy during the late Qing dynasty who declared himself emperor and hid in mountains when the government sent people to deal with him. I’m a little doubtful as to the veracity of this story but if you give up half way, at least you can find comfort in the fact that the Chinese soldiers didn’t find him either. 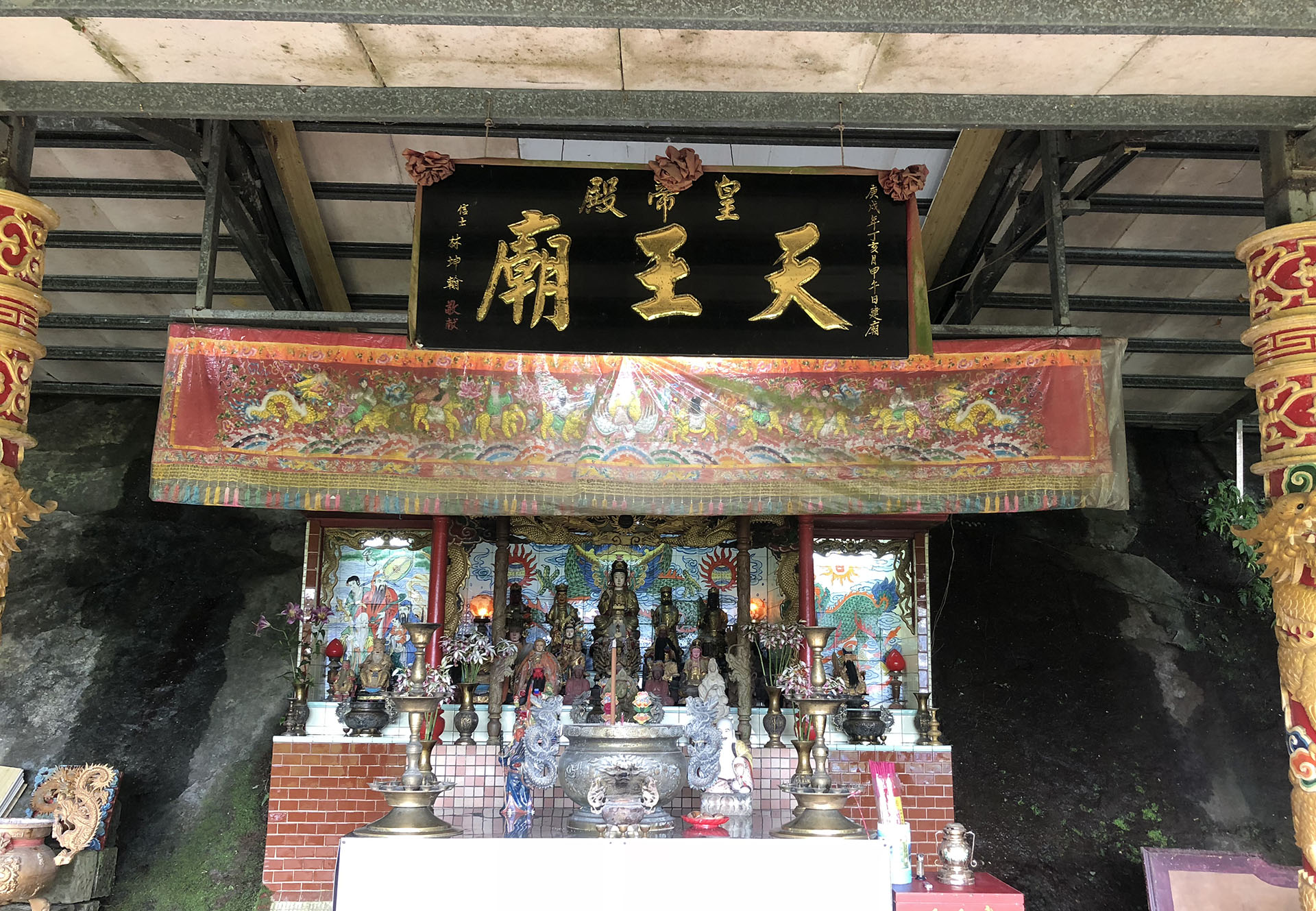 There’s also a small temple you’ll pass by called 天王廟 built in 庚戌, which could either be 1970 or 1910. It’s not very well maintained but maybe useful in case you want to do some last minute praying. 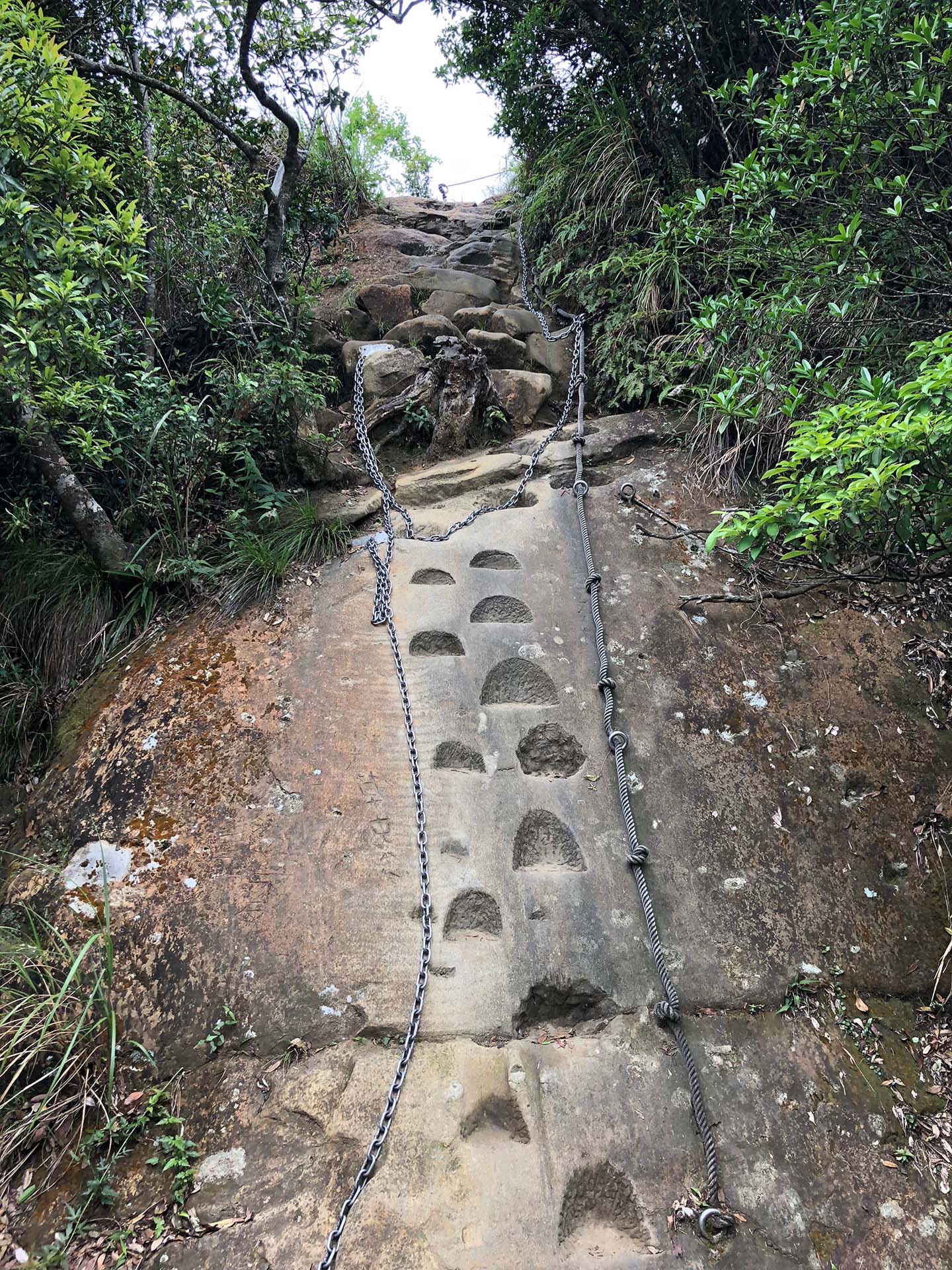 The entire hike took us about 4-5 hours. From what I gathered, the main part of the hike is the ridge connecting the western peak to the eastern one (皇帝殿西峰 and 皇帝殿东峰). We went to the one in the west first but it probably makes no difference where you start. That main ridge got a little jammed at times with hikers, including a group of senior Taiwanese cosplayers. 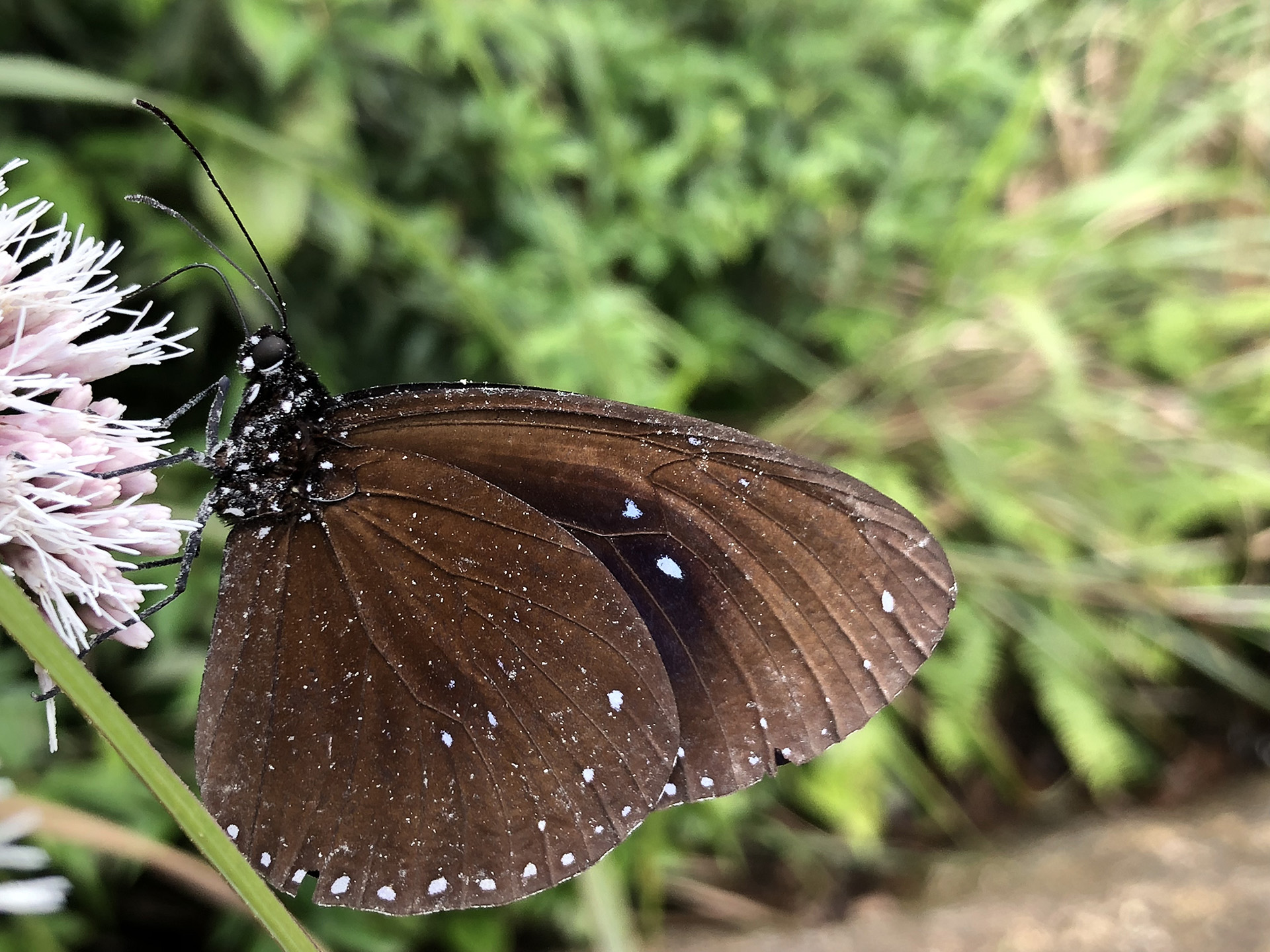 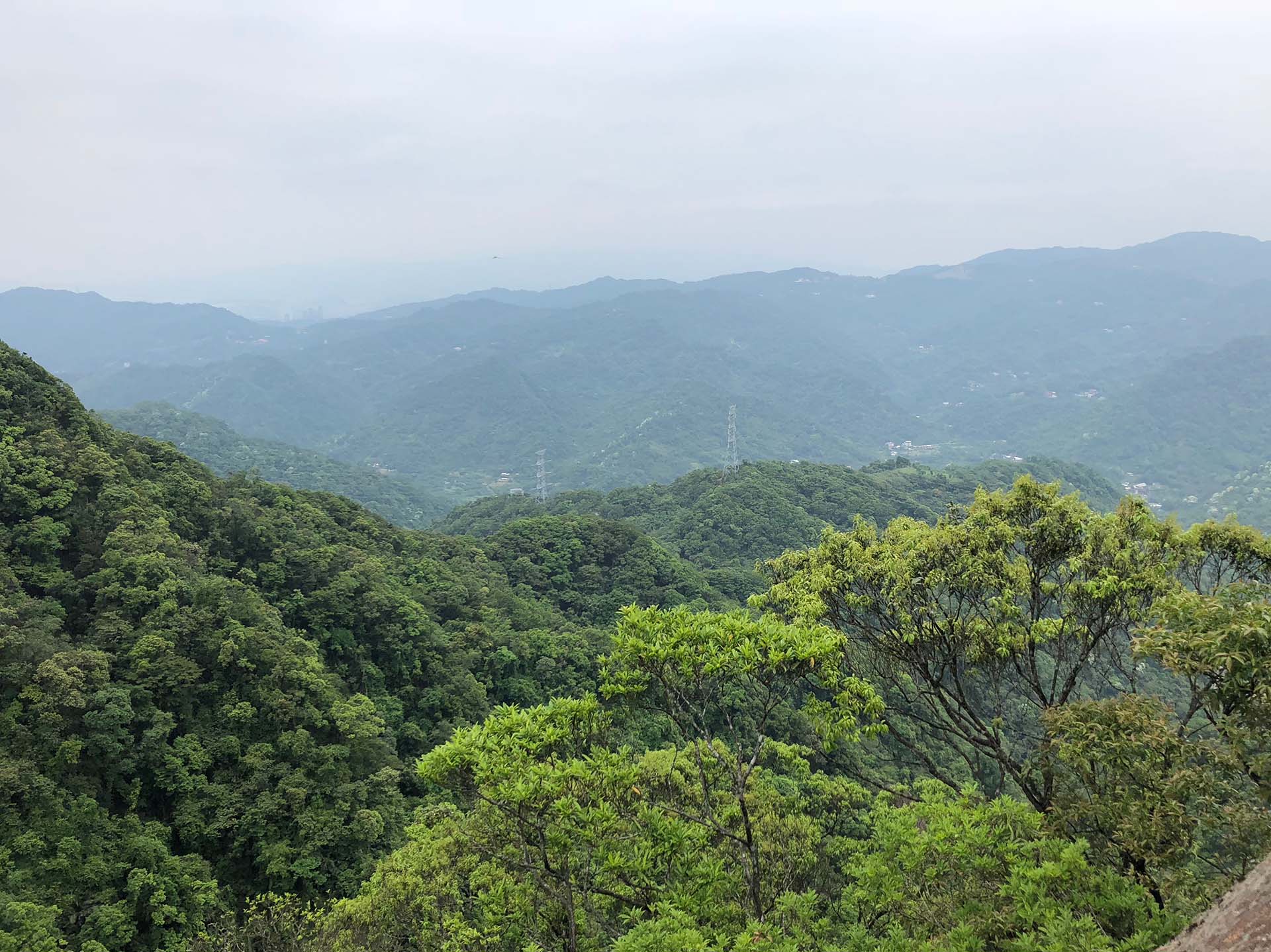 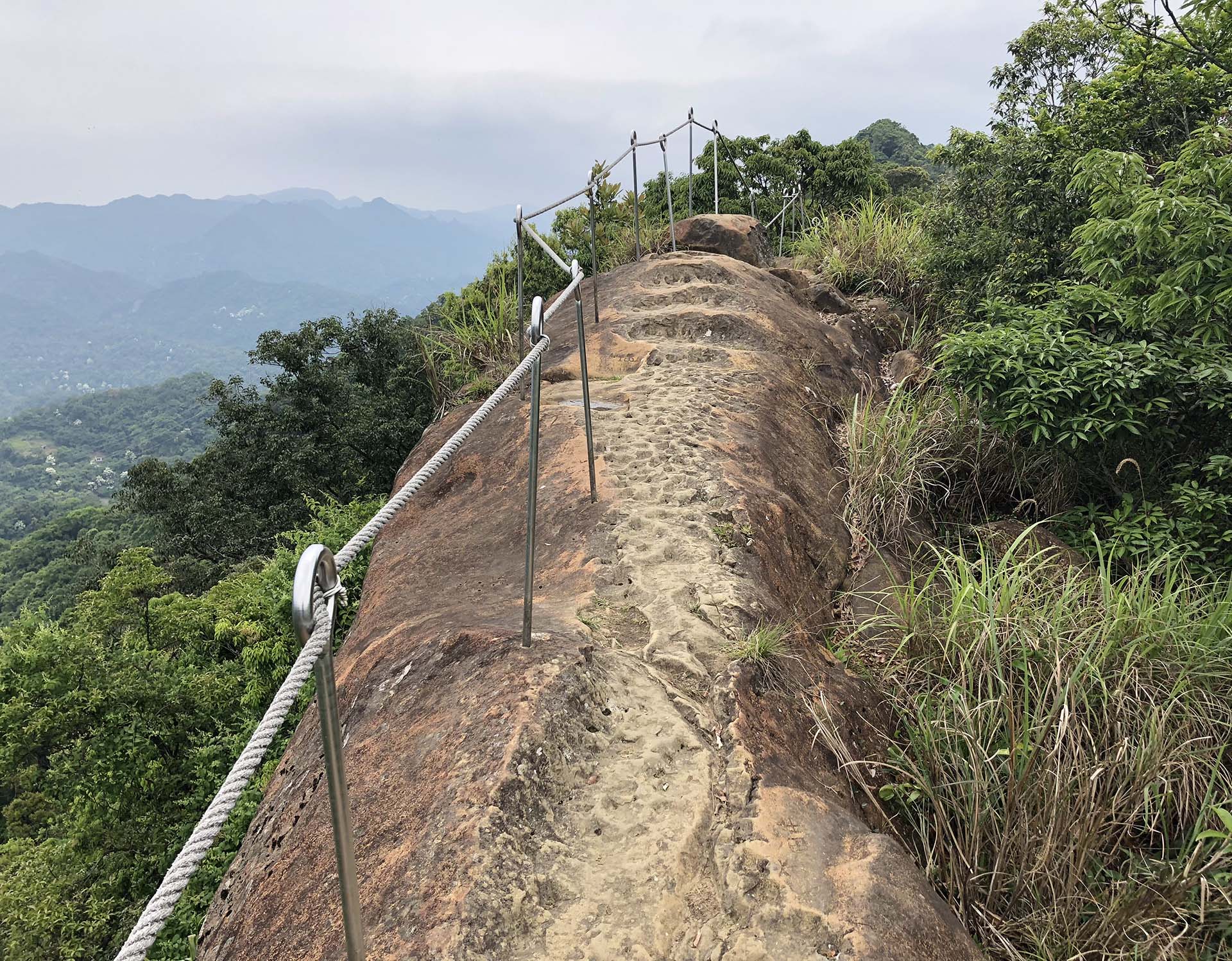 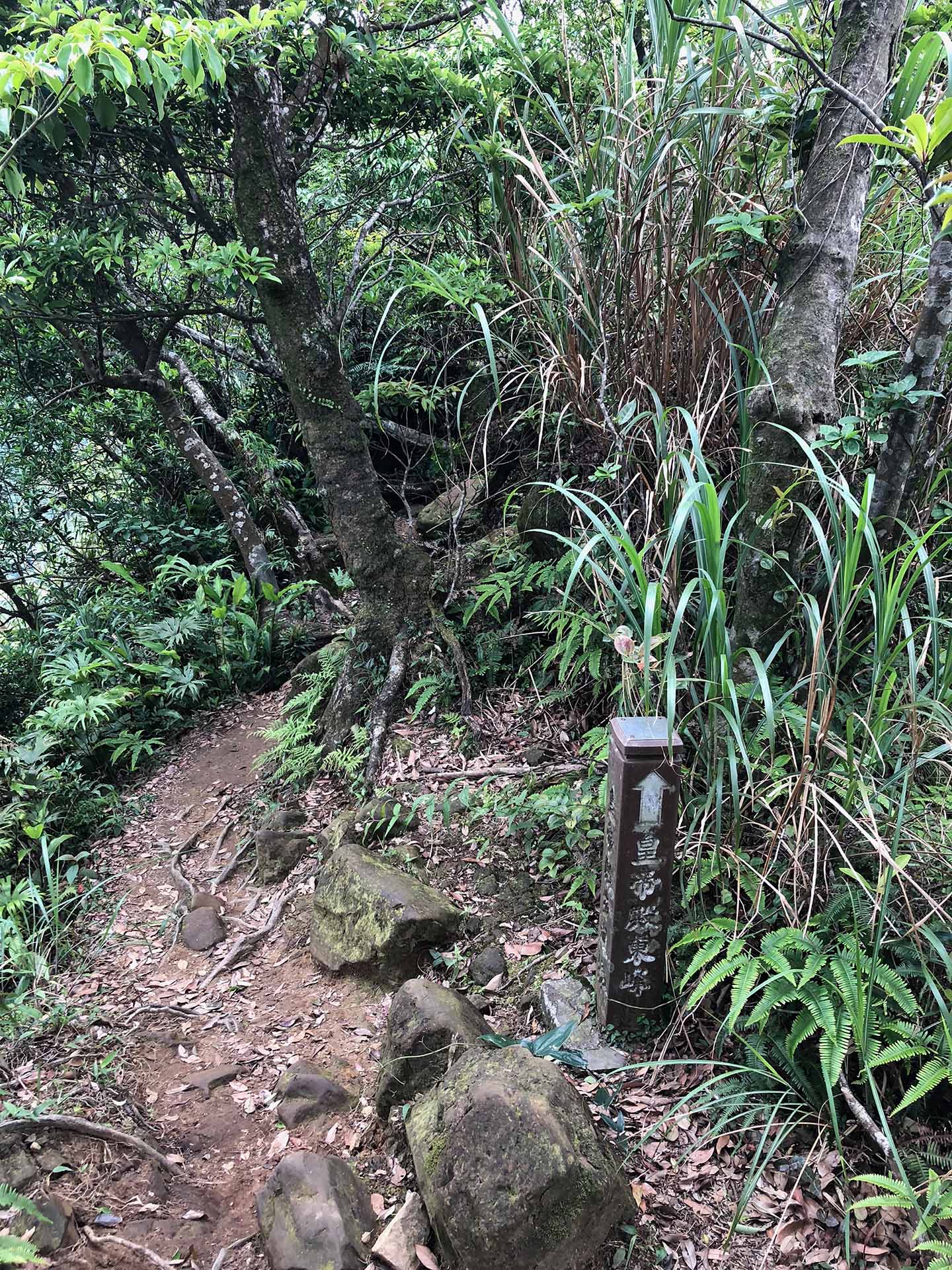 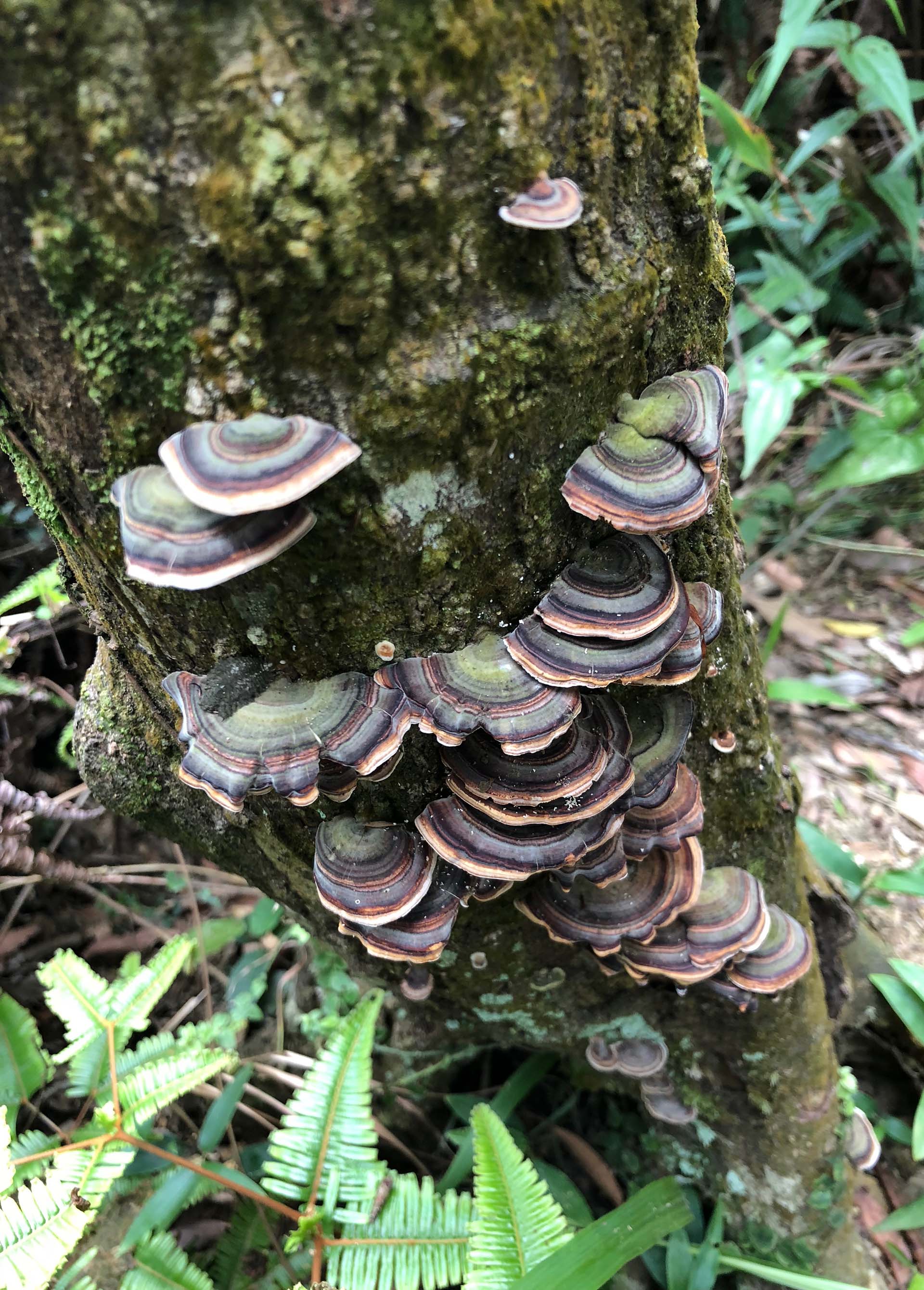 After we came back down from the mountain, we walked about 30 minutes along the main road to Shiding, a nearby town (where the bus also stops). There you can buy snacks or proper food and see some local sights, small museums and stuff. Not a must see but a nice way to end your trip.

Overall a nice hike. Convenient to reach, not too dangerous but fairly exhausting.